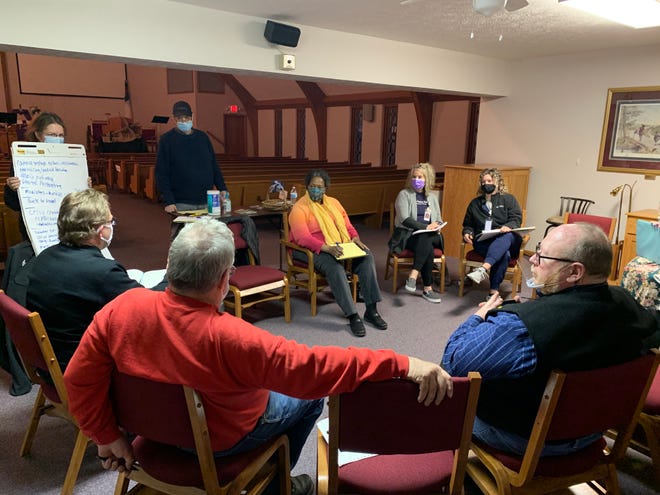 Members of the North Salina Community Development group met Thursday night with other local health care providers to discuss how to better provide health care to the northern Salina community.

Salina Family Healthcare Center, Central Kansas Mental Health Center, Salvation Army and NAACP representatives gathered along with NSCD members at the Grand Avenue United Methodist Church to think of ways to better serve the north side of the city.

The community has long complained about the lack of clinics, doctors and grocery stores in that area, which makes eating well consistently and staying healthy a difficult task.

Sandy Beverly, NSCD co-chair, said that once the Comcare on Elm Street closed, there were no remaining medical facilities on the north side of town.

Barb Young, the president of NCSD, organized the meeting and invited all the attending organizations.

Young said getting help from Salina Family Healthcare would be a success as a result from the meeting.

“They have a mobile unit now, so that was like, ‘Let’s see how many groups we can pull together and maybe do something,’ ” she said.

Salvation Army member Elis G. Pomales Morales talked about how the organization runs an initiative called the “Pathway of Hope,” which helps families with budgeting skills and other financial lessons.

Through December 2020, it served 33,000 meals, and it was easier for poorer families to eat at the Salvation Army rather than trying to shop at grocery stores without getting much nutritional value out of it.

Meeting attendees talked about holding a health fair at the Salvation Army facility in May, as it is a large space and could house several booths and stations for people to attend and learn.

CKMHC representatives added that Mental Health Awareness Month is observed in May, which could serve as an added benefit to those who attend the fair to talk with the CKMHC.

Community members mentioned the lack of dialogue regarding mental health issues in their area. With the stresses caused by the pandemic and other events in the past year, a chance to talk about mental health could prove to be positive.

Additionally, talks also began for a vaccination clinic event to be held at the end of March during a meal provided by the Salvation Army.

Salina Family Healthcare would vaccinate a limited number of people with the Johnson & Johnson vaccine on a first-come, first-served basis.

Beverly, who is also the secretary for the local NAACP chapter, talked about why her work in northern Salina and holding meetings such as Thursday’s are important.

“I want people to remember that there are people in this part of the community, that they may be lower income, but they are human, they have families, they have a right to a decent life, they work, and they try to raise their kids and their families just like anybody else,” she said. “That’s why I do this.” 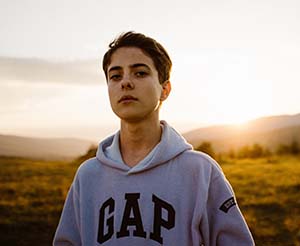 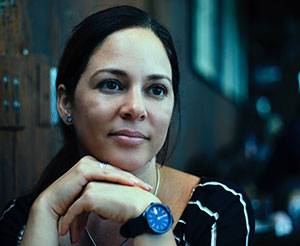 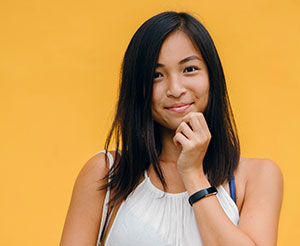 We help people of all ages -- children, teens, adults -- find new, more effective ways to deal with the challenges and problems everyone encounters at various times in life.

“If it wasn’t for this place I would have died a long time ago. Thank God for you.”

“Please know and believe that your gifts and leadership ARE truly changing the world, you have definitely changed ours!”

“As a client of CKMHC, I was treated with dignity. This center provides empathy and patience which is so important.”

“My son spent a number of years in a VA hospital before I brought him to Kansas. The Crossroads program SAVED his life. The help he got was the greatest. I am indebted to you and have referred a lot of people to your program.”

“By far the best doctor I have ever had (and I have had a lot). Keep up the good work.”

“My son has been in and out of jail and I was struggling with what to do. I called the mental health center and was able to get all the information I needed and everyone was so nice. I couldn’t believe how wonderful everyone was to talk to, everyone really cared about my situation and wanted to really help us.”

“Our case manager shares information, resources and perspective on life with a flare of kindness that rivals none. She invests that flare into our community and families and makes our Salina a beautiful place, filled with encouraged souls.”

“So much investment being shared from so many people into our son… I can’t wait to see what he grows into!”